Monday this week, I was organizing a meetup in my home city, Biel/Bienne. We had the pleasure of welcoming Dorian Selz, a very smart and serial Swiss entrepreneur (Local.ch, Memonic and Squirro). I asked Dorian to present us his hints on how to build a startup. Dorian shared his entrepreneurial journey, from becoming partner at Namics, then being recruited to launch Local.ch to his present company, Squirro. He explained the concept of freemium and its major hurdle when you build a startup: freemium means that only a small portion of users subsidize the other ones, who get “free lunches”! Internet entrepreneurs are aware of the model, but how Dorian made the concept comprehensible to the audience of non geeks was just… awesome!

Dorian then explained his point of view on the challenges of being an entrepreneur in Switzerland. After building the biggest ever web success in Switzerland (Local.ch), he and his team (the same which built Local.ch) moved on and launched Memonic. Which finally never took of as expected (I’ve learnt during the talk that I used to be one of the too few paying users for 2 years): freemium requires a huge user base to be able to earn money, as usually only 1-10% convert to paying users. Acquiring users is costly, and the biggest competitor of Memonic (Evernote) was, well… ways more funded. 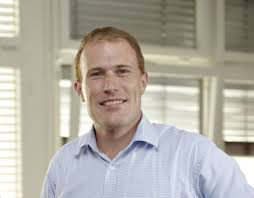 The product Memonic is/was considered as a failure (as it never took really off), and Dorian shared an interesting but sad story about the perception of failure in Switzerland. He asked a very prominent CEO of an IT company if he would hire him. It took the guy a lot of time (I do no remember how much Dorian said, but something like 60 seconds, which is already very long in a bilateral conversation) to say… no. Think again about it. The exact same guy (with the same team) who made a very big success of Local.ch was not good anymore. Crazy, in my humble opinion!

But the good thing is, Dorian and his team managed to pivot. And leverage all what they learnt from Memonic experience to build a very strong new proposal (Squirro is leveraging your data to have actionable insights – meaning: it allows you to discover knowledge hidden in all your data and take action to improve your business). So even if one of the product you launch finally fails, it is what you do with the experience which matters. Learn from the experience and try something else.

I’m emphasizing this story as we, in Switzerland, still need to improve massively the understanding of startups and its potential risk of failure. Failing in a startup (or failing in a position in a company – someone can be amazing in a company and failing in a similar position in another company) is not the end of the journey. And the person concerned should not be stigmatised!

You’ll find the presentation of Dorian hereafter… I warmly recommend you to take time to read it. And to seize the next opportunity of attending a conference when Dorian is speaking, you’ll get out of it with energy and super actionable advice!

24 hints for building a lean startup from Squirro