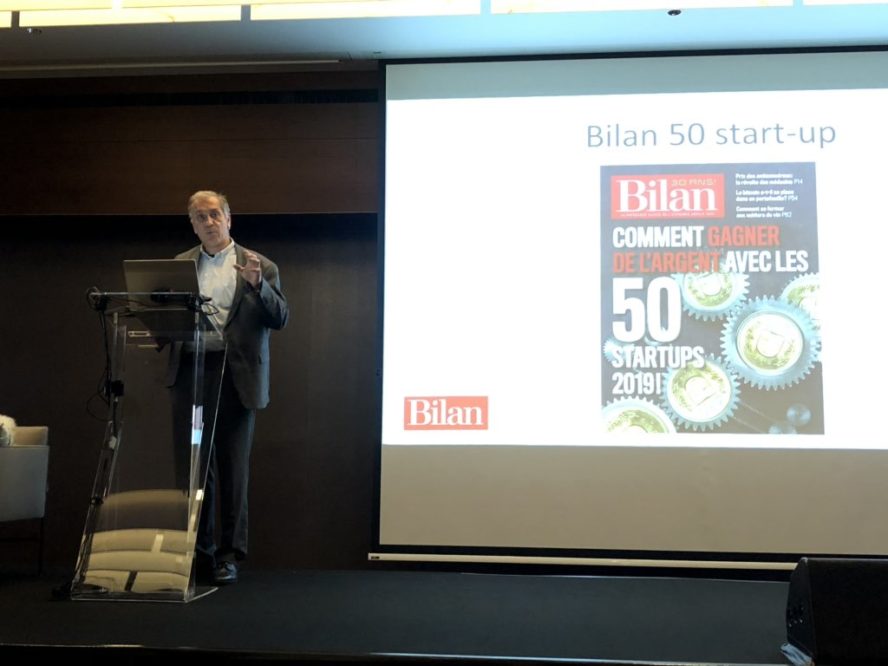 This Tuesday, I had the opportunity to attend (again!) the event organised by the Swiss economic magazine Bilan in Lausanne. For the 7th consecutive year, Bilan selected 50 Swiss startups in which to invest. More than 145 startups applied (all applying for the first time) and a team of experienced entrepreneurs and investors was mandated to review the applications and selects its favorites.

Fabrice Delaye, the well-known tech journalist of Bilan, who is also the initiator of this competition, made a particularly interesting introduction regarding the average return for Venture Capital: from 2008, Venture Capital provided an average 35% return per year, compared to the  22% of private equity (where everybody in the finance world want to go) or the  16% for real estate sector. Fabrice concluded that it’s not only fun to invest in startups: you simply cannot neglect startup investments if you’d like to generate great returns!

Alongside panel discussions and talks about startup investment landscape, which has evolved a lot in the past 5-7 years. But one main take-away, which was repeated several times by panel participants was that if you have to chose between the network (that investor claims to bring you) and the money… take the money! Something that I totally agree… money is the one thing that will help you survive and move forward!

Finally, a dozen startups had the opportunity to pitch the audience on stage. You’ll find the complete list of these “50 startups in which to invest in 2019” hereafter… with the amount they are raising and spread among the different categories (Artificial Intelligence, Biotech, Clean Tech, Connected Health, Drones, E-Commerce, EdTech, Fintech, Imagery, Industrie 4.0, Logistics, Medtech and Wearables). If you want some money to invest, you should find what you are looking for ;-)!