Last week, I had the chance to attend the first fintech event organized by Paddy Cosgrave (the guy behind the acclaimed WebSummit in Dublin), MoneyConf. This 2-days conference took place in Belfast T13… in an old depot close to the docks, which is now normally used as a… skatepark ! Surprising ? Yes. Especially as I’ve heard the kind of sayings that fintech is different to other startups (in term of culture). The coolest thing about this place is that MoneyConf used the skatepark elements (quarter-pipes, half-pipes, tables, etc.) to make an amazing decoration… For instance, the desks and sofas for the media corner were just placed on a double half-pipe ! It made me also remember how I was addicted to « aggressive roller » (and especially half-pipe) in my younger years 😉 ! 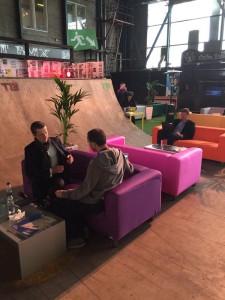 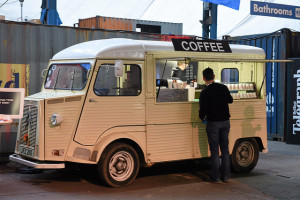 Back to MoneyConf : more than 1,200 people came from 50 different countries. Mostly fromIreland and UK, but also from allo over Europe, as it can be seen on the following picture. 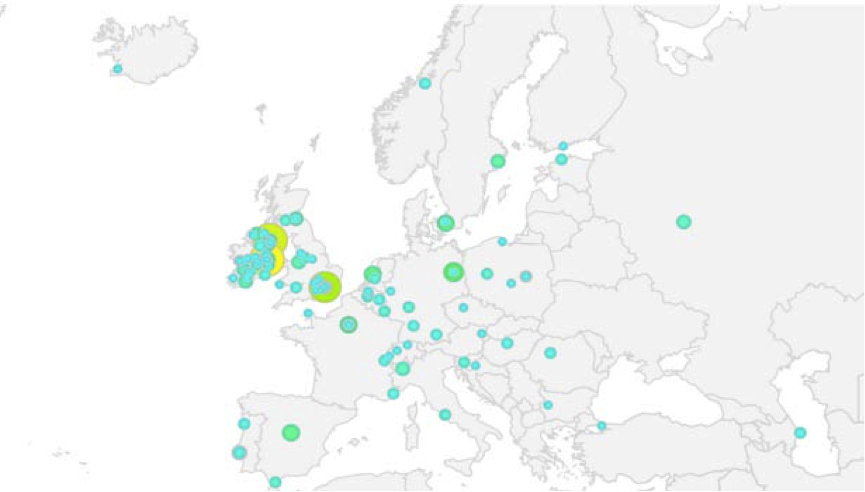 The conference also gathered something as 120 speakers and 40 startups, among which 22 went on stage to pitch the jury (comprised of Rob Moffat (Balderton Capital), Rodrigo Martinez (Point Nine Capital) and Jay Reinemann (BBVA)). Blockcypher (like Amazon Web Services for block chains) won the competition, followed by Clark (Insurtech) and Creditlikeme (lending).

MoneyConf had an amazing successful Irish founder to open the conference : John Collison, from Stripe! 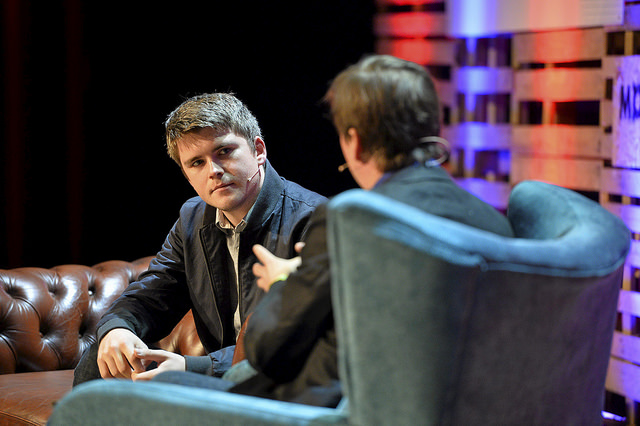 He’s currently based in the US, but think there are no big differences in building a company in the US or in Europe. Innovation come from everywhere ! He also shared that in the early days of Stripe, it was absolutely unsure he and his brother could stay in the US for their company (visa…).

During his talk, John also shared his opinion about unicorn valuations. For him, billion dollar valuations are just a “scoreboard” and that startups have many other metrics that they need to look at: customers, revenue and profitability. SO TRUE, valuation is probably not the best KPI to determine success !

John also talked about the difference in entrepreneur and investor mentality in Silicon Valley and Europe.

“In Silicon Valley, they ask what can this become, rather than in Europe they ask what are all the ways that this can fail”, by John Collison

But he added the difference between the mindsets was sometimes overblown and that European startups have the crucial advantage of knowing how to operate in complicated international markets (in most countries of Europe, you have to be international from day one => Switzerland is a great example of this!).

John also said that Stripe is looking for partners in Europe to expand… and that they will open 4 countries in the Nordics (Sweden, Denmark, Finland and Norway). Unfortunately, I failed to catch him to ask about his plans for Switzerland…

The second major announcement was from the founder of CNET Networks, Halsey Minor, who has now founded Bitreserve (a real-time transparent and free financial service). At MoneyConf, he announced the release of an open API, developer community and app directory. This service will help developer integrate Bitreserve in their apps to offer payment options to consumers.

At the conference, a talk from Howard Lindzon, whom I knew from twitter but not in real life. On stage, at the question « Is there a bubble in fintech (because of huge valuations) ? », he said he doesn’t think there is any… Because everyone active in trading knows that they used to have 6 screens in front of them. And that now with the democratization of trading, everyone can be a trader but expect to have just one single screen : mobile. For Howard, the current dynamism in fintech is driven by mobile, cloud computing, change in consumer expectations, regulatory changes and even cultural developments. In his opinion, it’s only the early days of a massive change in financial services !

I had the chance to be invited to the speakers dinner, where I’ve met really cool guys, from an entrepreneur from Basel now based in Berlin to a Danish one based in Silicon Valley who knows 2 Swiss entrepreneurs of my network (Andy from 3BaysOver and Tobias from Sherpany). My founding here is that even if you enter a new space (fintech – as you may have read, I’m now Program Director at Fintech Fusion), the worldwide tech startup scene is very, very small… and if you have invested heavily in your network for years, you’ll be surprised how it can serve you in the future !

One of the speakers dinner was hosted by Ulster Bank, which is moving quite forward in comparison to what we have seen so far in Switzerland : they organized already two public hackathons named « Hack the Bank ! ». In Switzerland, we’ve seen one established financial service players (SIX Group) organizing such an event (but internally). Which Swiss bank will make the first step ?

By experience and ovservation, I’ve found out years ago that there are probably a maximum of 5% of people who are or can be entrepreneurs. Thanks to iZettle, I now have something to back-up this number, that is more or less correct… but probably lower in Switzerland. 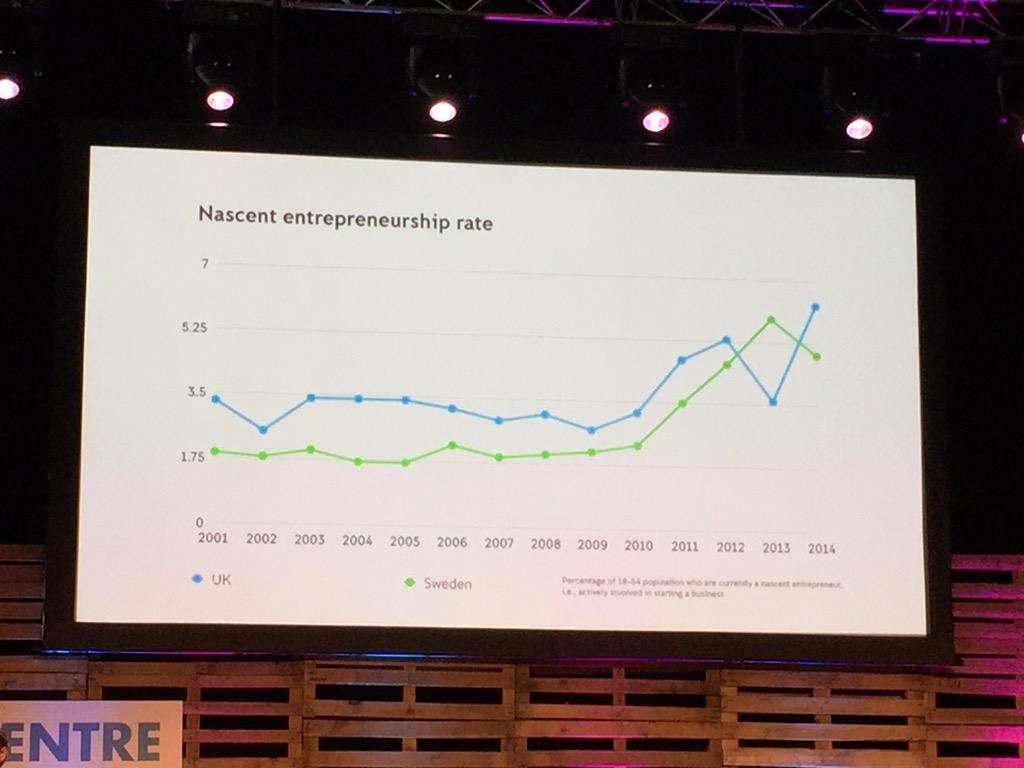