Switzerland is a beautiful country to work and to live. Low unemployment rate and good salaries, a very stable politic system, data privacy, beautiful landscapes, a precise and working transportation system, a place in Central Europe and very good international flights connections. Swiss people are also among the happiest people in the world (see here). Switzerland is even one of the most innovative countries in the world (mostly due to all patents submitted by pharmaceutical giants). 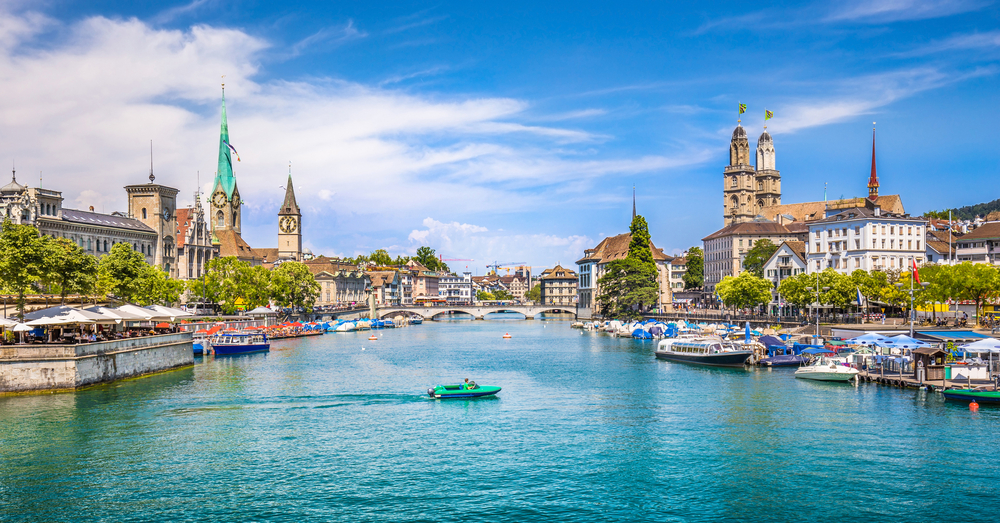 But who speaks about Switzerland as a Startup Hub when thinking about digital? Nobody… at least on an international level. Even though the local startup scene is very lively and spread across the whole country (compared to other countries in Europe, you can find startups almost everywhere in Switzerland!). If the “events” metric is a valid measure, then Switzerland has no problem on the startup side! But what is needed to change the international perception of Switzerland, and moreover, transforming the place as a real startup hub?

First, I think that big exits would be the #1 thing that could bring spotlights on Switzerland. We have seen one recent CHF 100M funding round (the startup of Tej, from MindMaze) valuing the company to 1 billion. A few weeks before, the fintech company Knip raised CHF 15M (probably to a valuation close to 70-80M). Or GetYourGuide with its CHF 50M funding (even though 80-90% of the team is located outside of country). That are impressive steps on the Swiss startup scene. If these companies can then go public or get bought by big players for a multiple, that would generate a lot of additional wealth. And, potentially, a bunch of people with startup experience (and money!), who would launch new ventures after the liquidity event! To quote Adrian Bührer at a recent fintech event in Zürich: “All we need in Switzerland is more money flowing into startups! Invest & forget it!”

Secondly, attracting HQ and R&D centers of some of the GAFA (aka Google, Apple, Facebook and Amazon). Like the Google one, counting close to 1’500 employees in Zürich, which is their biggest location outside US. It seems that we have missed (at least for the moment) Apple, Faceboook and Amazon, which have all settled shop in Dublin. This kind of companies attract very smart people on an international level. And they have no problem to get work permit for them (not like a small startup hiring a non-EU resident). These people eventually leave their position to create new companies (already happening around Zürich Google office).

Third, selecting great startup talents to launch their business from Switzerland or helping startups (like the bitcoin startup Xapo in Summer 2015), to relocate to Switzerland is an option to explore. Many entrepreneurs do not event think about Switzerland to launch their startup. They rather think about London, Berlin, Dublin, Stockholm, Amsterdam or Paris. Even with fintech startups (although this is changing with the first fintech startup accelerator of Switzerland, Fintech FUSION, which has just opened its application for its second batch – disclosure: I’m Program Director at FUSION – if you have a fintech or insurtech startup, you can apply here ;-)!), where Switzerland in a whole is well positioned as a financial hub. If you combine Geneva and Zürich position as finance hub, Switzerland is probably #3 in the world.

Things are moving in the right way, however. In Zürich, a new initiative called Digital Zürich 2025 was created and is supported by many of the big companies of the country, gathering retail giants, media companies, transportation companies, financial companies, etc. The goal of the initiative is to foster the development of Zürich (and Switzerland, in a whole, at least as stated in their mission…) as an attractive place to launch digital ventures. Its promise is to foster on the ground initiatives like an acceleration program (which has already been challenged a lot before event getting off the ground, like here (in German)), an Investor Summit (which took place just before the WEF in Davos at Zürich airport… clever!), the pompously named WorldWebForum, hackathons (for instance, the famous HackZürich, the biggest European hackathon), a creative digital academy. Digital Zürich 2025 is a promising initiative and I think that it could help the development of the digital startup ecosystem. For this to happen, it should also focus most of its efforts on the political lobbying side, as many CEO’s of the biggest Swiss  companies are members of the committee. Therefore, they are probably ways more powerful to influence the startup-friendly political conditions than all the startup entrepreneurs together (politicians will listen more carefully if the CEO’s of Swisscom, Ringier, SBB, SIX or Google Switzerland tell them something!).

Why naming this post the “The Zürich (Swiss) Startup Paradox”? Because as well as we are probably world champions in launching new startup initiatives (NB: I am not criticizing any initiative, each counts and may contribute to the development of a powerful Swiss startup ecosystem! Even if some fail on the long run – the market decides), there is currently a very big danger coming from the tax authorities (!) in Zürich. Yes, from tax authorities!

Zürich tax administration was evaluating startup value based on the net asset value (sometimes combined with capitalized value), with a discount. Which is/was also the case in most Swiss cantons.

Strangely, tax authorities started to value startup companies based on the price paid by investors at the last funding round.

Read it again. Yes, based on the price paid by investors at the last funding round. Everyone who has very minimal knowledge about startups knows that the valuation of startup companies is not really correlated with real value. A valuation of a startup company is based on a promise, on the potential of future revenues. And moreover, the shares of a startup company are illiquid, by definition. You can have raised CHF 5M, have a post-money valuation of your startup at CHF 25M, still owning 20% of the shares, meaning virtually CHF 5M of shares value… but only on paper. You don’t have this money on your bank account and cannot borrow money from banks to get liquidity. To make these shares taxable, you would need to be able to sell them on the market for this price. Which is probably never the case. You cannot be the founder, raising money and leaving the boat just after. Right? So, what Zürich tax authorities started to do (and still have not stopped to do as far as I know), is to tax founders on the post-money value. Meaning that entrepreneurs have to pay huge amount of taxes, as if they would be multi-millionaire. You can read a real-life example here (of the startup Climeworks – in German). It seems it has already happened to 15 startups. If that’s happened to you, please contact Stefan Steiner to get support and advice.

For Business Angels, the problem is similar. You know at time when you invest that this money may be completely lost at the end or that you won’t get back much out of it, even if the startup you’ve invested successfully raised dozen of millions, which is often seen as a key metric for startups. Amount of funding rounds make the headlines. Even if it’s a wrong metric, as it doesn’t mean the startup can then be sold to a higher price afterwards. Or that it will generate enough revenue to a sustainable company in the end of the journey. But that’s another debate. Raising dozen of millions increase the value of your investment, meaning tax authorities will value your investment to a higher price. As an angel, if you invest:

THAT’S W-E-I-R-D ! ! ! If this method continues to be applied, it could have dramatic consequence for startups in Zürich. And in Switzerland. No more startups would be created there. And those present there would simply relocate to another canton. Or the worst thing that could happen is if they leave the country and relocate to another city.

The craziest is that some cantons are/were considering applying the same method. Some reasonably (or opportunistically?) decided not to move ahead, at least like Aargau. But the danger is still very present. Even if Zürich is the #1 Swiss economic center, other cantons should not follow! Cantons should see the bigger vision (Switzerland is ONE economic place, should be ONE startup hub like we talk about Silicon Valley) and put efforts on having a single, nation-wide startup taxation methodology. What would damage Zürich (which is #1 in digital startup activity in Switzerland – sorry Lausanne) as startup hub would damage other Swiss cities and regions, too. Finance Minister Ueli Maurer, however, see no priority to act for a better tax environment for startups, as stated here. Crazy. Switzerland spends hundreds of millions to foster innovation and startups, but he doesn’t seem to understand this danger. So, who could and should try to influence him? You name it. Heads of the big companies participating to Digital Zürich 2025 would have a voice that authorities will listen. Right?

It seems that Zürich tax authorities decided to keep the old methodology for the first 3 years. But it’s not enough.

The taxation of startup value should simply happen on the net asset value. And big paybacks for tax authorities would happen at the liquidity event, when the company is going public. Or getting sold. The startup-friendly way!

You can follow the hastag #StartupSteuer to get updates on the topic.