As you may know, I was kind of the driving force behind the first edition of Startup Weekend Biel/Bienne. Many people were doubting that we can even do such an event in a small city like Biel/Bienne, moreover without beeing on a student campus. But it was a success! We had 30 highly motivated and dynamic people. And a great mix between the young 20 something designer and the 60 years old engineer with patented projects. Unfortunately, we just had 6 women among participants (but 2 women among the 5 coaches), as too often in the tech, startup world. But next year we will do better on this point… I already have a plan ;-)!

15 projects were pitched on Friday night (but 8-10 other projects were not pitched), which is an great ratio compared to other Startup Weekend editions. 11 got some funding from other participants (4 projects were abandoned in the mean time) and we selected the 7 most funded projects. One of the first learning for participants (after testing their 60 seconds pitching ability) was that you have to be extremely proactive to hunt the dollars for your project. You don’t just seat and wait for people voting in queue for the projects presented. Like in reality. You have to be proactive and go to people. Nobody cares otherwise!

Some people were then really hesitating to choose a team to join (and frustrated of not being able to work on their project). We had to motivate people a bit and force them to take a decision. Second learning: take decision, you do not have time to think during the whole weekend. You just have 48 hours to launch a startup, after all! Teams gathered and and started to work. Except 2 people working in a same team, nobody knew his future team members for the weekend. What an occasion of learning to know same minded people (powered by willingness to launch things!). Friday night is quite difficult because teams were mostly not exactly knowing where to start (coaches officially only come on Saturday morning, and experience shows that it’s the best for team dynamics).

Saturday morning: some explanations about the Business Model Canvas and the Value Proposition Canvas (watch below), from Alexander Osterwalder. A complete discovery for many on how to model their idea!

And then, the marathon really began… customer development, refinement of the project, desires to pivot to another project, re-focusing the idea… and developing the business model until late Saturday night. Sunday was then mostly dedicated to the pitches… even though many only started last minute to practice the pitch (or even didn’t trained at all!). Time was running fast: teams had to be ready at 16:30, to present to the public and to a jury comprised of entrepreneurs/investors: Nicolas Berg, Mike Schwede, Vincent Tresno, Urs Guggenbühl, Felix Kunz and Pierre-Alain Schnegg.

Here are the seven startup projects which were presented:

After a 30 minutes discussion, the jury decided to reward the following 3 projects:

That’s for the winners. But IMHO, everyone won during this weekend. Every participant went back home with a lot of learnings. Tired, but with a lot of confidence that this weekend will have accelerated the maturation process of her/his own project. And my “best” reward was from Stéphanie (Reboot your life), who told me: “Thank you so much for having encouraged and reminded me so often to participate to Startup Weekend. This experience was so cool!”.

The place we had (INNOCAMPUS) is definitely a great place for such events… and we are now also working on organizing a more geeky event in Fall: a hackathon…

And hereafter, you can discover StartupWeekend Biel/Bienne with some pictures! 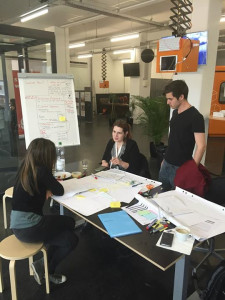 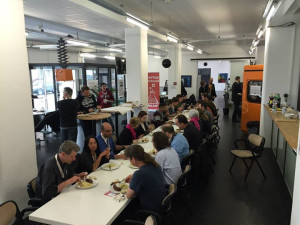 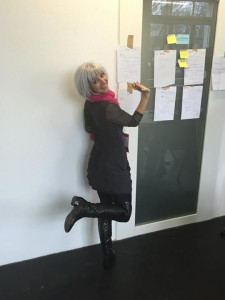 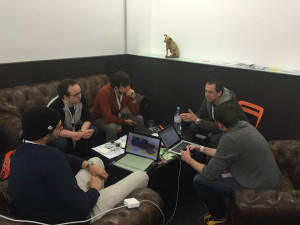