Basically, the EIF is a public-private partnership founded in 1994 aiming to allow a better access to (venture) capital. It is mainly owned by the European Investment Bank and by the European Union. The activity of the EIF is to invest indirectly in startups and companies in the European Union. The EIF doesn’t invest directly, but provides more funds to Venture Capital funds (hey, well, VC’s do also need to raise funds – like startup entrepreneurs… And it’s not easier for them, too!). And it can represent up to 30% (if I remember correctly) of the total fund. So every VC’s raising a 30M fund could add 13M to its fund. The money has to be paid back, of course, like you have to do with LPs. Wha’ts great is that the EIF does not have a target rendit, as is follows some other rules (foster the economy by investing in innovation). I’ve heard many times in Switzerland that the state doesn’t have to invest directly, but this tool is very good one IMHO. The craziest is that even the EIF invests in venture capital fund and doesn’t follow a pure economical return on investment… it generates a positive yearly ROI of 5.9%! Not bad, no? 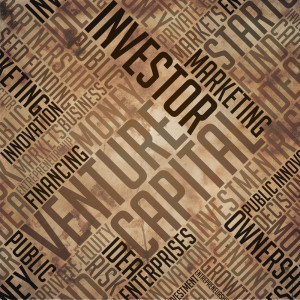 Swiss Venture Capital funds can apply to receive funds from EIF, but then would have to invest a consequent percentage of their funds in the European Union. It sounds like a good idea to have Swiss VC’s applying for more funds. Except that they need afterwards to invest more money outside of Switzerland. Which doesn’t bring much value for Swiss startups, no? And it would also generate more costs for the VC’s (if you have to travel frequently outside of Switzerland to find potential investees).

Swiss startups cannot receive funds from EIF (indirectly), as Switzerland is not part of EU. And there is even a perverse side-effect (that I’ve discovered while pitching a French VC last year in London): if they receive money from the European Investment Fund, they cannot invest a significant part of their funds outside EU. Let’s take some assumptions (close to reality, but neither backed by EIF or a VC):

Guess what? Would you invest in a NYC/Silicon Valley-based startup or in Switzerland? You’d probably bet on the first ones. Except if the Switzerland-based startup is extremely good (that is, has already a lot of TRACTION and/or has state-of-the-art technology with patents). And even so, the reflex is not going to Switzerland.

What I want to showcase is that this situation adds another, unnecessary hurdle for Swiss startups to raise capital from European VC’s. Which are ways more abundant (at least, for digital ventures) than the Swiss ones. You have to know this if you try to raise capital from European VC’s backed by EIF. Sounds great as there is more money, but Swiss startups have a more difficult job compared to comparable startups which would be based a couple hundreds kilometers away (let’s say Münich or Lyon, for instance).

Could Switzerland join the European Investment Fund? Strangely… YES. The legal framework of EIF doesn’t exclude to welcome members like Switzerland! Of course, Switzerland would have to pay. Not to invest money in the EIF, but to buy shares of EIF (which could be costly, but which Swiss politician does understand that and have request to evaluate the cost of joining? We just don’t know what would be the price!). Of course, pessimists would argue that joining would cost too much to Switzerland and force Swiss VC’s (raising part of their fund from EIF) to invest outside of Switzerland. BUT. That’s only one side of the story. There is WAYS more Venture Capital in the European Union than in Switzerland. And Swiss startups would have potentially an easier access to these funds. I would even bet of receiving more VC money in Switzerland than money flowing away (hum, by the way, there is already more money flowing into Swiss tech startups from abroad…). And also because Switzerland is great in developing very high technology!

Almost 2 years ago, the idea of a Swiss Investment Fund (SIF) was launched by SECA (the Swiss Equity and Capital Association) and by CTI Invest. This fund should have a capital of CHF 500M coming from pension funds, insurances, etc., to be invested in 15-20 funds over a 10-years period. This money would be available for both Swiss and foreign VC’s, as long as the money invested by SIF would be flowing into Swiss startups. So, it is a very similar role as EIF. There is also another similar initiative called Zukunftsfond Schweiz (“Future Fund Switzerland”), which principally differs by its financing. But he objective is the same: having more money flowing into Swiss tech startups!

It may seems that EIF and SIF are not compatible, that you have to make a choice between both. I would however argue that Switzerland needs to find an intermediate, pragmatic solution (you know, Switzerland is the worldwide champion of consensus!) for the sake of Swiss innovation and for the future of Switzerland:

Now that Switzerland has chosen its new Parliament (this Sunday), it’s time to act! If some Swiss politicians are reading this blog… Act! If you know Swiss politicians who are now at Swiss Parliament, share this post with them and ask them what the think about it! They are welcomed to comment hereafter!